How To Choose A Good Fish Oil Supplement in Vacaville

Apart from vitamin and mineral supplements, fish oil has become a popular health product being used by adults in the U.S.

Fish oil has omega-3 fatty acids that can benefit the health but most specifically, the circulatory health. It can also deliver some benefit for the brain health as well, but some people are unaware of this one. This is the reason why a lot of people sought out this supplement as part of their daily care.

Fish oil is extracted from the oil fats found in fish and marine oils from other sea lifeforms like the krill. These oils are rich in omega-3 fatty acids which is a type of long-chain polyunsaturated fatty acids (LCPUFA) that are important for the overall health.

Is fish supplement good for you?

There are instances where you come across omega-3 and omega-6 fatty acids within your diet. These 2 fatty acids are important for your health and you must have an understanding of the ideal fish oil ratio for each one.

The two most studied omega-3 fatty acids are docosahexaenoic acid (DHA) and eicosapentaenoic acid (EPA). These two can benefit our overall health and well-being because of how they are used for essential life functions. Even though our bodies can create them from smaller omega-3 fatty acids, DHA and EPA functions the same way as vitamins wherein the conversion efficiency is very poor. Every cell in our body needs DHA and EPA and the only way to guarantee that we get the most amounts of these acids is to acquire them through foods or supplements.

Unfortunately, some people aren't getting enough omega-3 fatty acids in their diet. DHA and EPA are needed for optimum brain and body health but there are studies which shows that adults only have 90% suboptimal levels.

This deficiency has led some people to make up for it through fish oil supplements. However, they also don't know that not all fish oils are created equal.

How to choose the best type of fish oil?

Even though that omega-3 fatty acids reside in the fatty tissue of a fish, environmental contaminants also do as well. This means that some of the oils that are harvested from these tissues may have chances of containing high levels of these contaminants. Therefore, it can be quite dangerous to eat fish that are caught from contaminated ocean zones.

Fish are capable of "bioaccumulating" heavy metals such as arsenic, cadmium, lead, and mercury that comes from industrial sources and have leaked into the watery environments in which they live in. This is the reason why some of these contaminants end up being stored in the fish oil derived from these fish.

The adverse effects of these heavy metals in humans can cause brain damage which includes blindness, deafness, memory loss, loss of coordination, irreversible kidney and liver damage, and even death. Apart from the heavy metals, other toxic compounds can also be bioaccumulated by the fish.

Some of the well-known toxic chemicals in science such as PBBs (polybrominated biphenyls), PCBs (polychlorinated biphenyls), dioxins, and furans can be accumulated by the fish. If consumed, these can lead to problems on the functioning of the liver, brain, immune system, reproductive and endocrine systems, and essentially all the organs.

Apart from causing organ problems, PCBs can have devastating effects on humans even when consumed in very low levels. It can cause problems such as muscle spasms, skin disorders, chronic bronchitis, and nervous system disorders. So if you plan on buying fish oil supplements, make sure to consider products that have been highly purified.

What to look for in a fish oil supplement?

There are 4 important aspects that you need to look for in fish oil. These are: 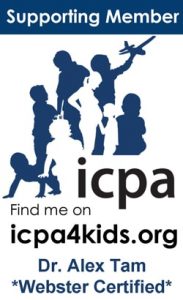